The film making industry is a very tough and competitive business, where funding is really hard to come by.  Particularly in Scotland - where it is very difficult to get funded and we have nowhere near the money nor resources for our talented and creative.

The past 12 months have been an amazing whirlwind for Glasgow based film director/writer John McPhail (28) and Worrying Drake Productions .  He has won several awards for his short films including a couple of awards at the Virgin Media Shorts and at film festivals in Edinburgh and New York.  Together with producers Andrew Lanni and Lauren Lamarr - they have been making huge inroads into the UK film industry winning several awards with their quirky romantic comedy style, portraying real and fun characters on screen, with a massive sense of realism and familiarity with their audience.  And this is all in Mcphail's very first year of making these short films with Worrying Drake, which makes it all the more remarkable.


I first came across Mr McPhail and his work after seeing his funny and sweet comedy film short "Just Say Hi" which was entered into the UK's biggest short film competition; Virgin Media Shorts (2013).  Just Say Hi actually managed to scoop two of the competition's most prestigious awards - The Nikon People's Choice and The Tivo Award (chosen by Virgin Media customers).

A beautiful little gem about the comical and cute ongoing chemistry of two potential friends, lovers when they catch one another's eye at a bus stop.  I had a strong feeling about this film and, for me, Just Say Hi was very unlucky not to have made it a hat-trick of awards on the night, losing out to the film "Touch" (by Nimer Rashed) which pipped them to the best short film award.

Just Say Hi clicked with me right away and this charming little short film was the people's choice as well as the favourite with Virgin Media customers.  Many would argue that these are actually the best awards and compliments you can receive as these people are your audience!

As a story teller, lover of comedy and romance with ambitions to work on my very own short film projects soon, this film really struck a chord with me and touched me from the moment I first viewed it.  And I am sure many thousands of other people will also love it too, a simple stumbling tale of the excitement and awkwardness of a potential new romance.

"Just Say Hi" will actually make its European Debut in Paris on the 2nd of May - then it will screen in over 100 Cities world-wide as the Worrying Drake team have been accepted to the 16th edition of the Très Court International Film Festival.

"I think i speak for the rest of the team when i say I'M FREAKING DELIGHTED" - John McPhail.

Worrying Drake are working extremely hard to help fund their debut feature; "Where Do We Go From Here" a romantic comedy adventure which is "a story about love, friendship and self discovery...".

"We can't make this film without funding so the impact that our backers have by donating any amount is absolutely massive and so greatly appreciated!"  Worrying Drake Productions.

Members of the public can do their bit to help them achieve their goal through indiegogo's crowd funding campaign, via their website.  By donating to this project, you will be helping to create a potentially great Scottish film that may well be loved for many generations.  Perhaps, the new "Gregory's Girl"?

There are also quite a few perks and exclusive gifts you can receive for your donation, including exclusive access to the film making process, a walk on part in the film, DVD copies of Worrying Drake's trilogy of short films; including "V For Visa", "Doug & Steve's Big Holy Adventure" and the award winning "Notes".

They have already achieved over 50% of their £10,000 target (as of Tuesday 18th March 2014) and all money raised from donations will be used to gain access to the most compatible equipment, for the costume design, make up, art design and locations, to help them do the most professional job possible.  And of course, to help feed and water the entire team whilst filming!

I can not stress how much I am passionate about this project - because I truly believe in John McPhail and the rest of his team at Worrying Drake - I can only see them going onto bigger and better things.  Sometimes, you just know.  I have no doubt it will be made possible though and you can help to create something special and be a part of it too.  The best films, in my opinion, are about real people, real situations where one can relate, raise a smile and you finish the film feeling good and happy.  I really would love to work with these guys - maybe someday, who knows.

It has also been announced that the short films "Notes" and "V For Visa" have been offered a distribution deal with Short Film TV and Shorts HD - a 3 year deal where the shorts will play on a 24/7 channel in Europe, East Africa and the USA.

For further information and details, please check out their indiegogo funding campaign and please feel free to share this blog post if you believe in this project.
Posted by Greig Stott (Wanderer Films) at 11:35 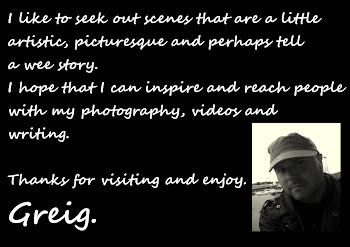